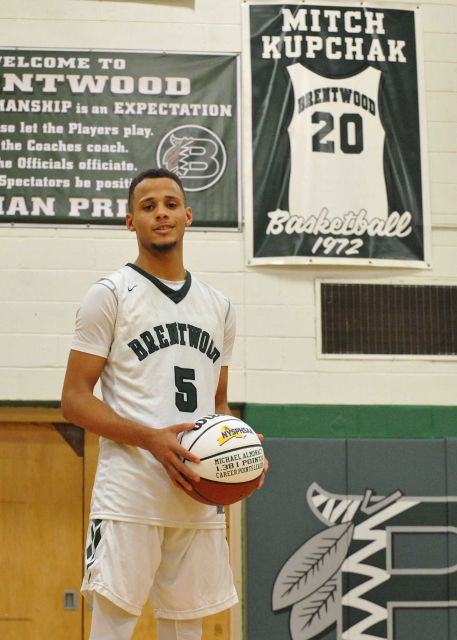 Mike came out the gate scoring like a man possessed! He ran off Brentwood’s first few points in the first quater to surpass Mitch‘s scoring record and finished with 18 points in Brentwood’s 104-48 win over the Colonials. See photo below of Michael Almonacy of Brentwood shooting the jumper to break Kupchak‘s record. 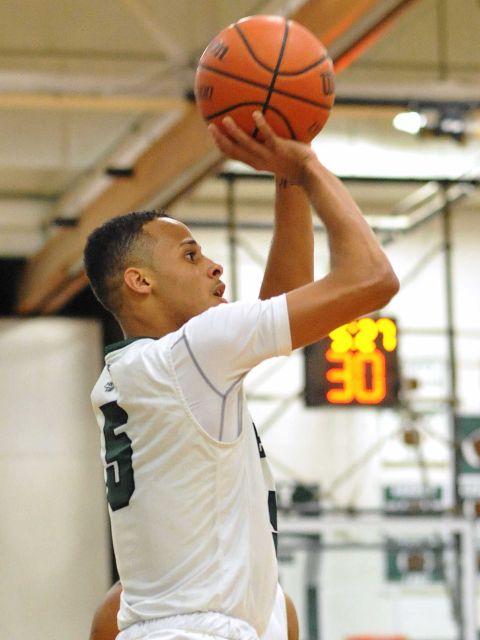 After the game Mike received a call from Mitch Kupchak himself congratulating Michael on his accomplishment. When we asked how he felt about breaking the 44 year scoring record held by the current GM of the Los Angeles Lakers his response was that, the best part of this whole experience was the congratulatory phone call from Mitch Kupchak. Michael Almonacy, a senior who committed to playing basketball for Stony Brook has a bright future ahead of him and many more benchmarks to acheive in his basketball career. He’s a great kid as well as a player and the skies the limit for him. See photo below of Mike Almonacy in post game ceremony with commemorative game ball. 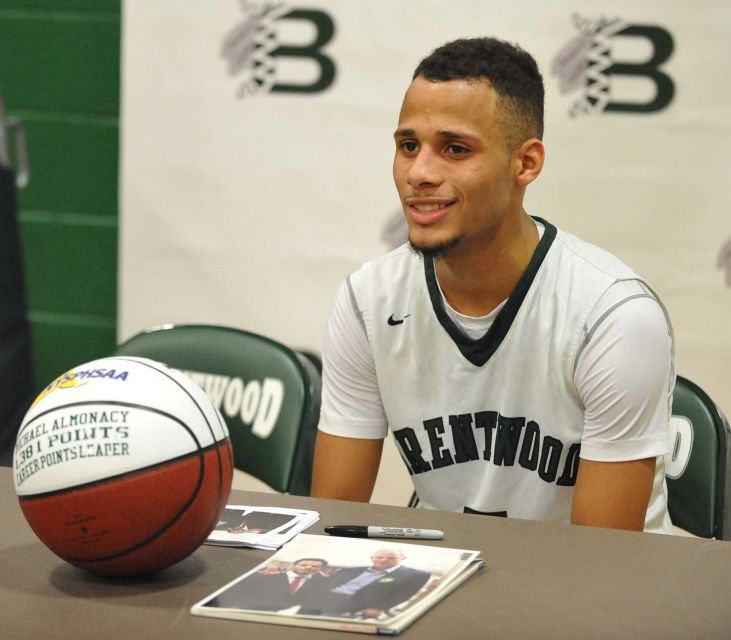