Congrats to the AAU Long Island Lightning Wagner team on their great AAU season’s success so far, and even more for their 7-0 record in reaching the 2016 14U AAU Nationals Finals at Disney’s Wide world of Sports! All they do is win, win, win no matter what [DJ Khaled]! Lead by Brentwood’s 3 headed dragon, #14  Zed Key (6’6″), #7 Bryce Harris (6’2″), a man-child that makes his presense felt on both sides of the floor and game changer, and #2 Kenny Lazo (5’8″) their cool as ice point guard and floor general that remains steady through he whole game no matter who’s on the floor. But all this success wouldn’t be achievable without their great supporting cast: The 2nd big man #25 Brandon Pizzingrillo (6’5″), grabs boards and protects the paint. 3 point sniper #8 Brandon Weiss (5’5″). The gritty in your face defensive guard #23 Aaron Jaffee (5’9″). Don’t sleep on the 5’7″ 2 guard #12 Carleton (CJ) Parris who is also a 3point shooter / defensive specialist. 3 guard #32 Kieran Dorney (6’3″) another shooter with length and shooting skills to match. #21 is (5’8″) Bora Soybas crafty slasher, that can get to the basket at will. #15 Jagger Fernandez (5’9″), is another shooting specialist, and last but not least #33 Max Caspi (6’3″), a strong forward that can bang in the paint or shoot the 3, so pick your poison! This wouldn’t be possible if they weren’t lead by the lightning’s most successful head coach, which was inducted into the Lightning Hall of fame, Coach Warren Wagner who is a coach that pays attention to detail and stresses that his team is fundamentally sound and the “team” mentality. Tomorrow will be the biggest game he has ever coached as he takes his 14U team to the National Finals at Disney’s Wide World of Sports Main Court at 10:20 AM. Though not a small task we have faith that Coach Wagner and his boys won’t disappoint.  There you have it. This is our NY Lightning Wagner AAU finalist team representing Strong Island. Good luck gentlemen and hope you bring home the hardware. We’ll be watching and rooting from NY. 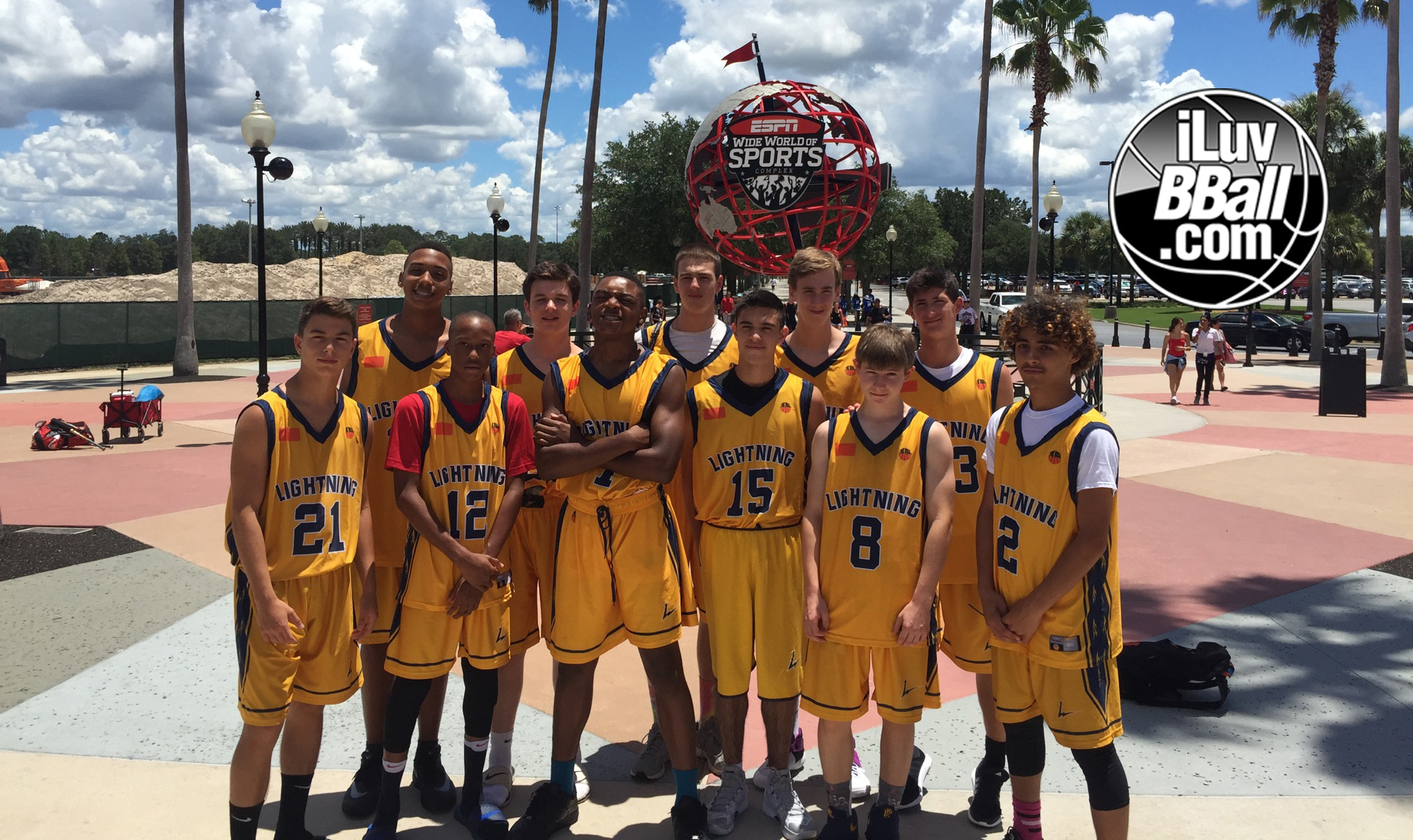 Lightning Wagner from left to right back row first:

The game can be viewed in it’s entirety at 10:20Am eastern time online @ ESPN.com tomorrow.

Don’t forget to tell everyone where you hear about this first and don’t forget to register on the site for updates, news, and contest at iLuvBBall.com, and follow us on you favorite social media platforms @realiluvbball to

Be Heard | Be Seen | Be Recruited