What was meant to be an Alumni Appreciation game and is usually an easy win for the Indians becomes an upset of epic proportion. Brentwood hasn’t lost at home in over 400 games! Check out the highlights here.

We’ve posted a poll on our site a few months back and here are the results! If you don’t agree, here’s your chance to be heard! Submit your choices and tell us why. We’ve collected all of the votes and here is what the people have chosen. If you think that someone should be on this list submit your vote and tell us who she should replace and why.

So there you have it. The iLuvBBall’s top 10 girls and girls teams on Long Island as seen by the people (Yes, the Peoples Choice). You can still vote on who you think is the Top 10 boys teams and players. We are doing the Top 10n Overall players (public, private, independent, & catholic) as well as the Public school only poll. Click here now to cast your vote and be heard on the top Boys. Click here for the Top 10 Long Island teams.

Thanks and don’t forget…

Be Heard | Be Seen | Be Recruited On a c❄ld 26 degree night in Durham, NH, Tyrell Sturdivant scored 20 points on 9-for-13 shooting, Roland Nyama had 14 points and Stony Brook pulled away late from New Hampshire for a 59-56 win on Thursday night in an America East Conference opener for both teams.

UNH’s Daniel Dion missed a 3 from the left corner with two seconds left before Nyama secured the rebound for the win. Stony Brook outscored New Hampshire 7-4 down the stretch. Bryan Sekunda’s 3 with 2:10 left put the Seawolves up, 55-52, for good. New Hampshire’s Jordan Reed made a pair of free throws before Sturdivant followed with a layup. Tanner Leissner made a pair of free throws to make it 57-56, but Sturdivant’s jumper with 15 seconds to go ended the scoring.

New Hampshire led 26-19 at halftime before Stony Brook used an 11-4 run in the first four minutes of the 2nd half to tie it on a Sturdivant jumper. While both teams didn’t really light it up NH was pretty ❄cold from the field shooting just 32% from the field (16 for 50) and 22.7% from downtown (5 for 22). Leissner led the UNH with 25 points and Jaleen Smith added 12 points.

Next up is the University of Albany Sunday 1/8 at home at 2PM.

The Long Island Nets, the NBA Development League affiliate of the Brooklyn Nets, have acquired guard R.J. Hunter off waivers.

Hunter (6’5”, 185) appeared in three games for the Chicago Bulls this season before being waived on December 29. In 39 career NBA games with Boston (2015-16) and Chicago (2016), Hunter recorded averages of 2.5 points and 1.0 rebounds in 8.3 minutes per contest. He has also appeared in 13 NBA D-League games between Boston’s affiliate, the Maine Red Claws, and Chicago’s affiliate, the Windy City Bulls, averaging 15.6 points, 4.4 rebounds, 3.6 assists and 1.9 steals in 32.2 minutes per game. Hunter was originally selected by the Boston Celtics with the 28th overall pick in the 2015 NBA Draft.

Most fans would remember R.J. for this March Madness moment back in 2015!

About the Long Island Nets
The Long Island Nets are the NBA Development League affiliate of the Brooklyn Nets. In the team’s inaugural 2016-17 season, the Long Island Nets play home games at Barclays Center and practice at HSS Training Center in Brooklyn. Nassau Veterans Memorial Coliseum Presented by New York Community Bank will become the permanent home of the team starting with the 2017-18 season, following the venue’s extensive renovation. For more information, please visit longislandnets.com and follow @longislandnets on Twitter and Instagram. 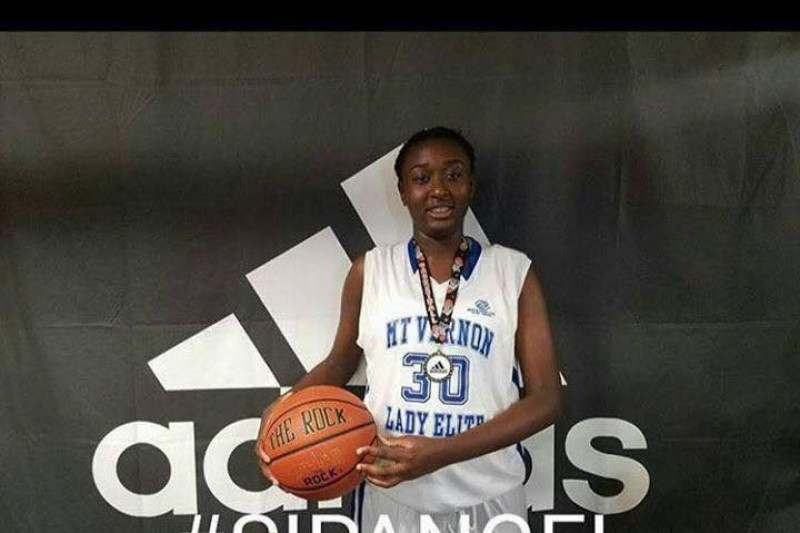 13 year old Shamoya Mckenzie was shot in the head by a stray bullet while heading home from basketball practice with her mother and two other family members. The incident happened in Mount Vernon, NY on December 31st, 2016 just hours before the New Year. Shamoya was a star basketball player who played on many tems including the Mount Vernon Junior Knights, the Mount Vernon Lady Elites, and the Mount Vernon High School JV Lady Knights. Her ultimate goal was to attend the University of Conneticut (UCONN) and then transition into the WNBA.

Her mother and the entire family are devasted by this tragic, brutal and senseless act of gun violence within their community.

Based on this unfortunate circumstance they would appreciate your support to help with these sudden expenses.

Thank you in advance and continue to pray for them as they mourn this tragic and senseless death of their angel.

iLuvBBall is doing their part to help spread the word and would appreciate if you could donate to their GoFundMe campaign if you can. Thanks.