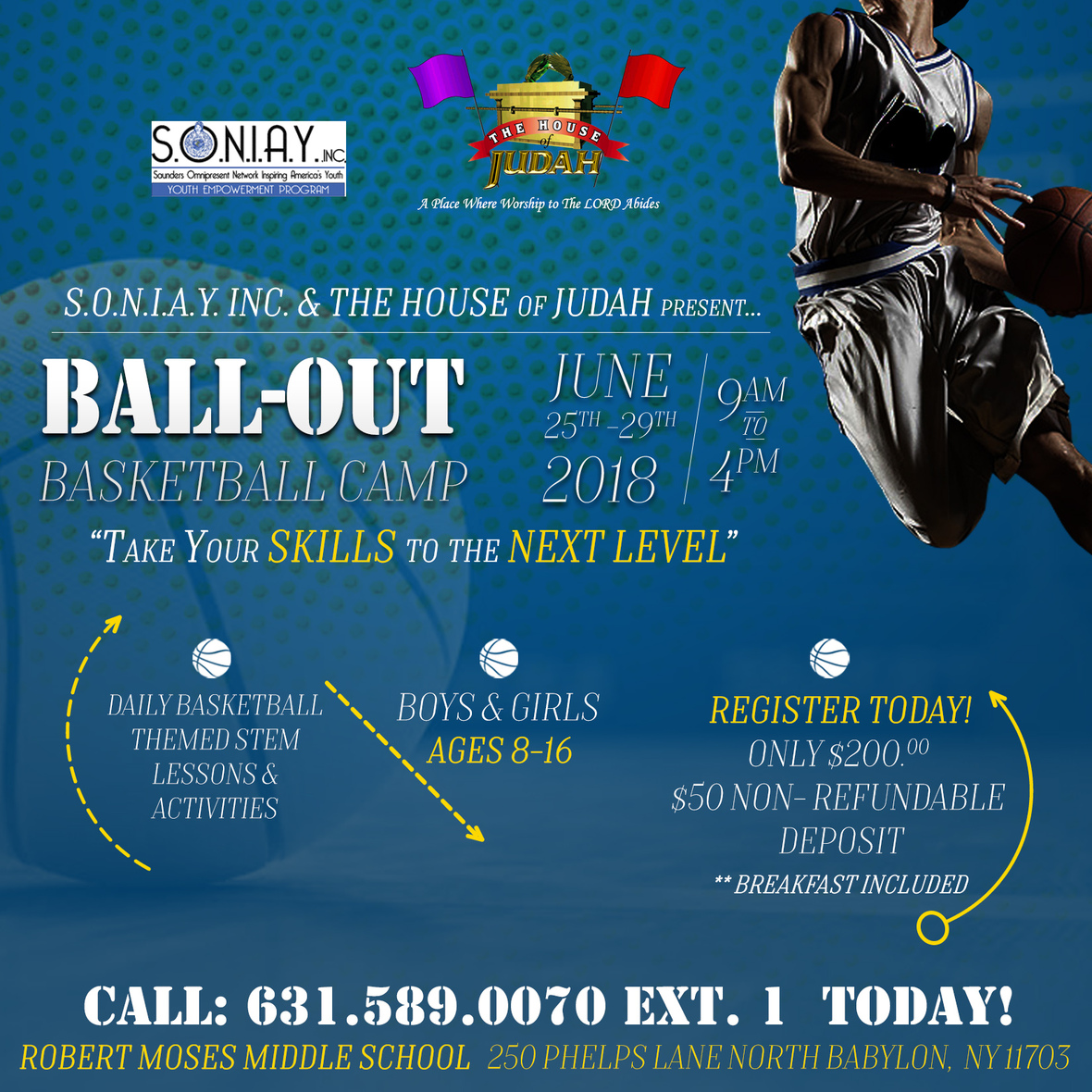 S.O.N.I.A.Y. Inc. and The House of Judah have partnered with some of the best and experienced basketball icons in New York. Our Camp Directors have coached and/or played at the Collegiate “Division I” level.

We believe today’s youth should have opportunities to excel in sports and in academics in a safe environment.
We’ve created a one (1) week program offering the tools to take their basketball skills to the next level, while providing daily STEM-Educational and basketball themed lessons and activities (45mins). 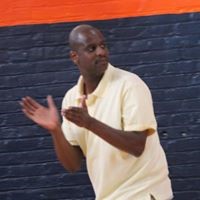 Dermon Player is a New York City native and has coached some of the most talented AAU teams, players including Elton Brand, Lamar Odom and Ron Artest. In the early 1990’s he was an assistant coach at Rice High School. Following Rice HS, he went on to be the Athletic Director of Wadleigh High School in New York and transitioned Riverside Church into the Metro Hawks. After a couple of years, Coach Derm was granted the opportunity to join the coaching staff at St. John’s University in 1998 where served as an assistant for six years and thereafter spending four years as an assistant coach at Seton Hall University before becoming a scout for the NBA’s Charlotte Bobcats. His extensive expertise, professionalism and passion for youth makes him an excellent fit for BALL-OUT SUMMER PROGRAM 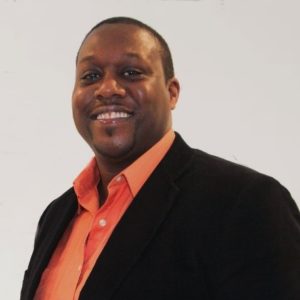 Richard Giddens Jr.is a former Athletic Director at Upper Room Christian School (URCS). He founded Long island’s first Post-Graduate basketball program via URCS. Rich also founded the URCS “Fun in the Sun Summer Program”. He is a former “Division I” basketball student-athlete at UMBC and led Long Island Lutheran to it’s first Class A State Championship as a 1st Team All Long Island player in 1997. Rich is the Chief Operating Officer for iLuvSports Inc. (iLuvBBall.com). His athletic and coaching experience makes him an added bonus to our BALL-OUT SUMMER PROGRAM.