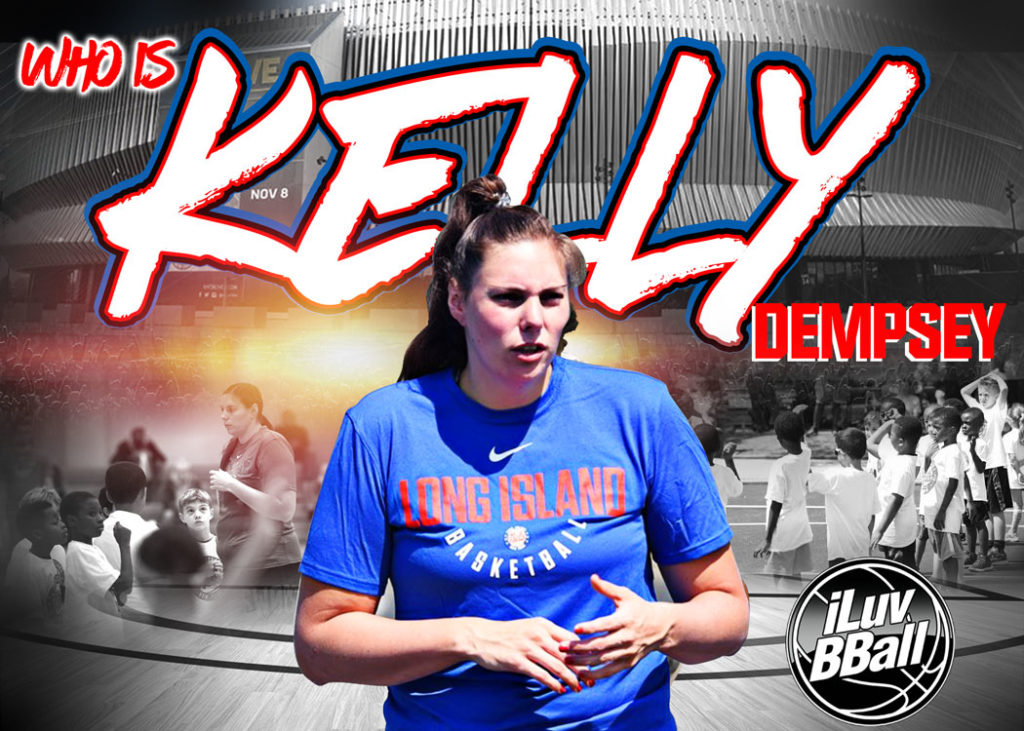 Nominated by the Long Island Nets, Kelly Dempsey is currently one of the 2019- 2020 Jr. NBA Coach of the Year SEMIFINALISTS.

END_OF_DOCUMENT_TOKEN_TO_BE_REPLACED

LONG ISLAND (Nov. 13, 2019) – The Long Island Nets will raise their 2018-19 Eastern Conference Championship banner to the rafters of NYCB LIVE, home of the Nassau Veterans Memorial Coliseum, in a pregame ceremony this Friday, Nov. 15, at 7 p.m.

END_OF_DOCUMENT_TOKEN_TO_BE_REPLACED 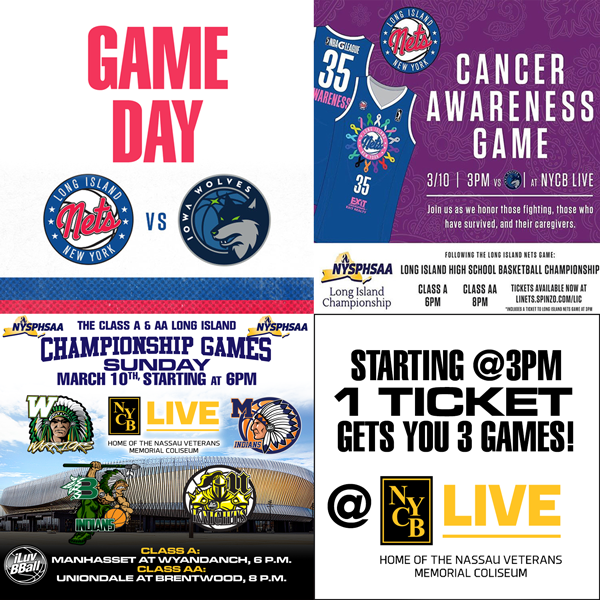 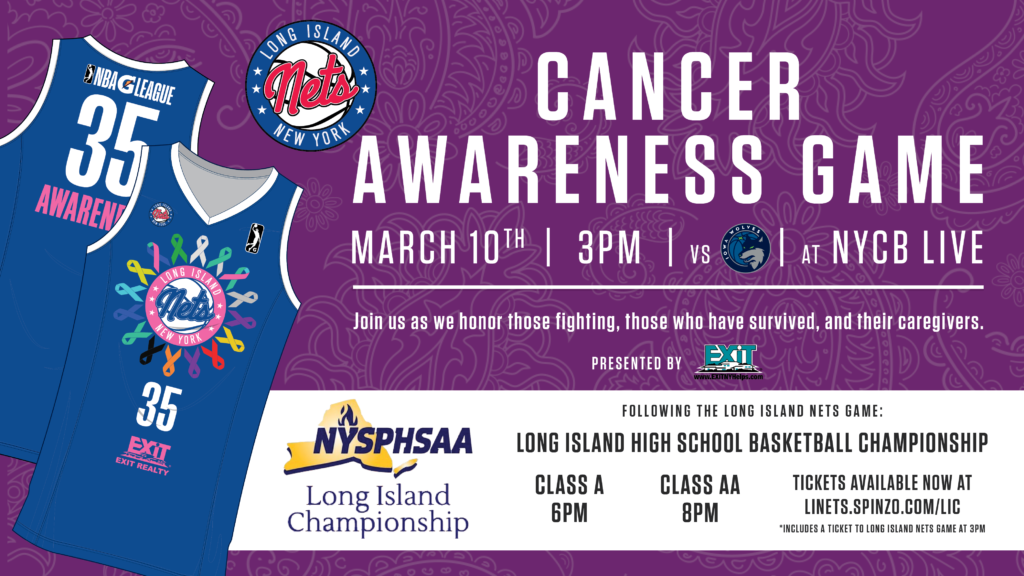 Game one of the NYSPHSAA Long Island Championship games, Class A: Manhasset vs. Wyandanch 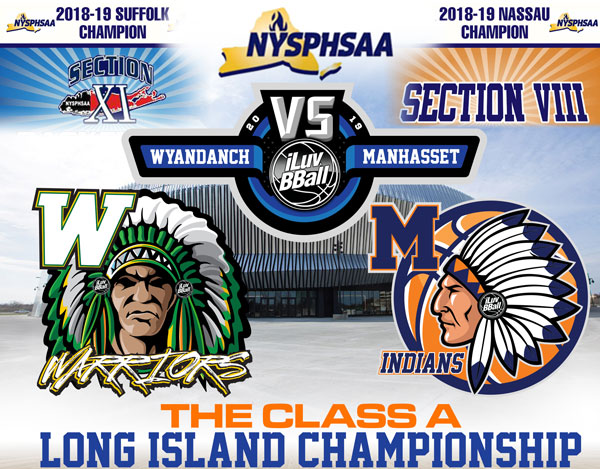 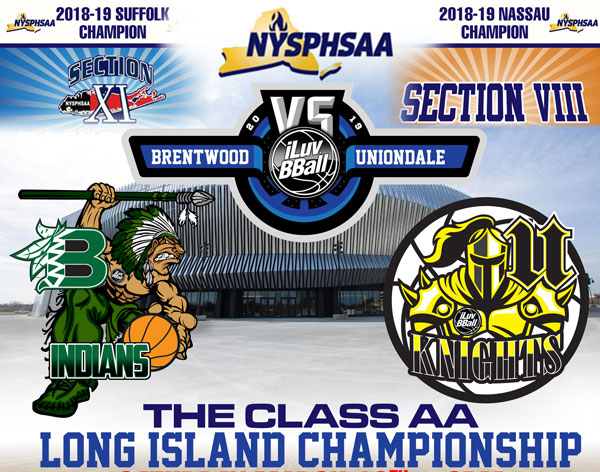 Get there at 3pm and take advantage of the ticket Offer that Includes LI Nets & LI High School Championship Games.

Click HERE now to avoid Long Lines and get the best seats in the house!

GAME ONE IS AT 6PM

WYANDANCH WARRIORS VS. THE MANHASSET INDIANS

GAME TWO IS AT 8PM

BRENTWOOD INDIANS VS. THE UNIONDALE KNIGHTS 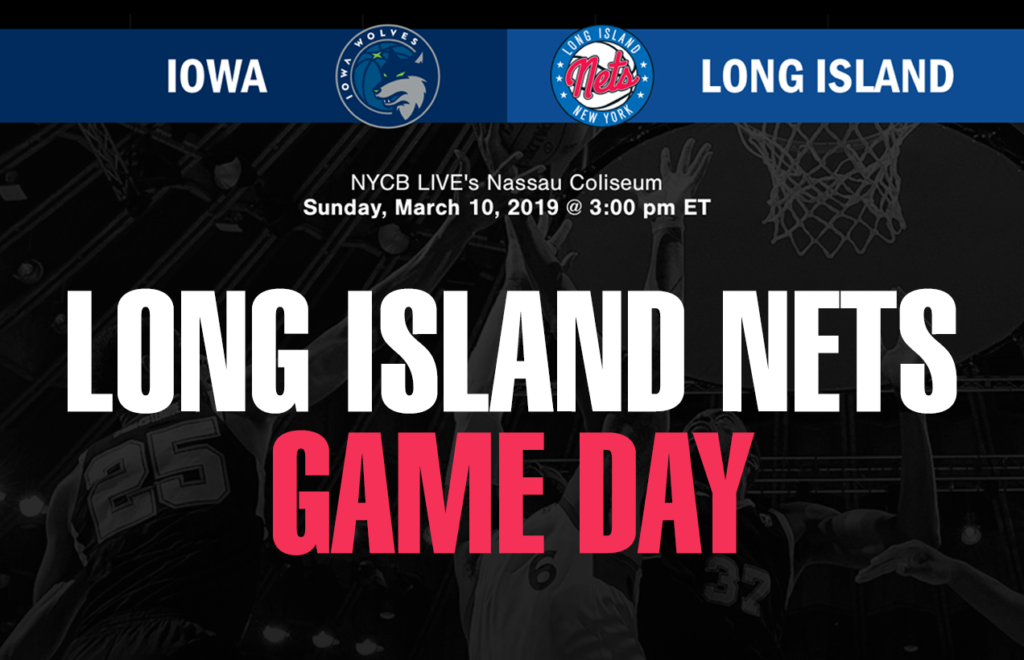 On Monday night at Nassau Veterans Coliseum the Brooklyn Nets, defeated the Texas Legends 124-112 , to improve to 5-2 at home this season. 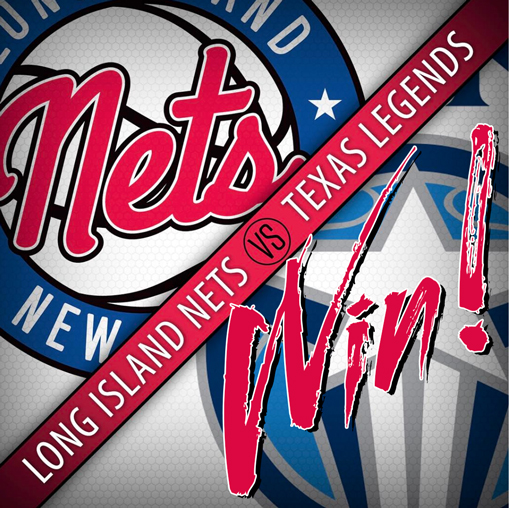 The Nets were led by guard Milton Doyle with a team-high 28 points, four rebounds and three assists in 32 minutes. 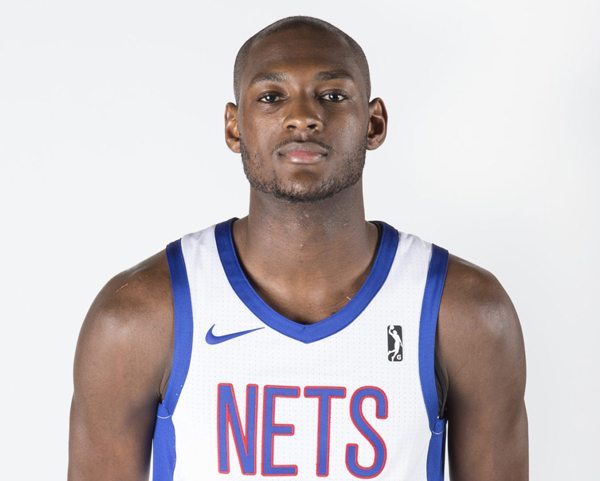 The Brooklyn Nets guard Isaiah Whitehead, currently on assignment with Long Island, chipped in nine points, three rebounds and seven assists in 26 minutes in the win. Forward Thomas Wimbush added 14 points in 16 minutesoff the bench and became the third Long Island player this season and in team history to shot 100 percent (4-of-4) from 3-point range (min. 4 3FGA).

The Nets were down at the end of the first quarter but they took a 57-49 lead into the break. They were outscored by Texas in the third period by just four points, but kept the lead and outscored the visitors 38-30 in the fourth quarter to earn the win.

Despite scoring 27 points & grabbing 14 rebounds the Nets were able to hold off the Legends and spoil the long Island All-Stars Jameel Warney’s homecoming.

The Nets play their next game against the Salt Lake City Stars at the Coliseum on Thursday, December 14, at 7 p.m. ET, Come out and see the Nets as they’re 2nd in the eastern conference and one of the better teams in the G-league With a record of 10 -5! #LetsGoNets #longislandsteam

Check out the Nets leading scorer in the win Milton Doyle’s highlights below.

See Warney’s highlights below as he scores 27 points in loss to the Nets.