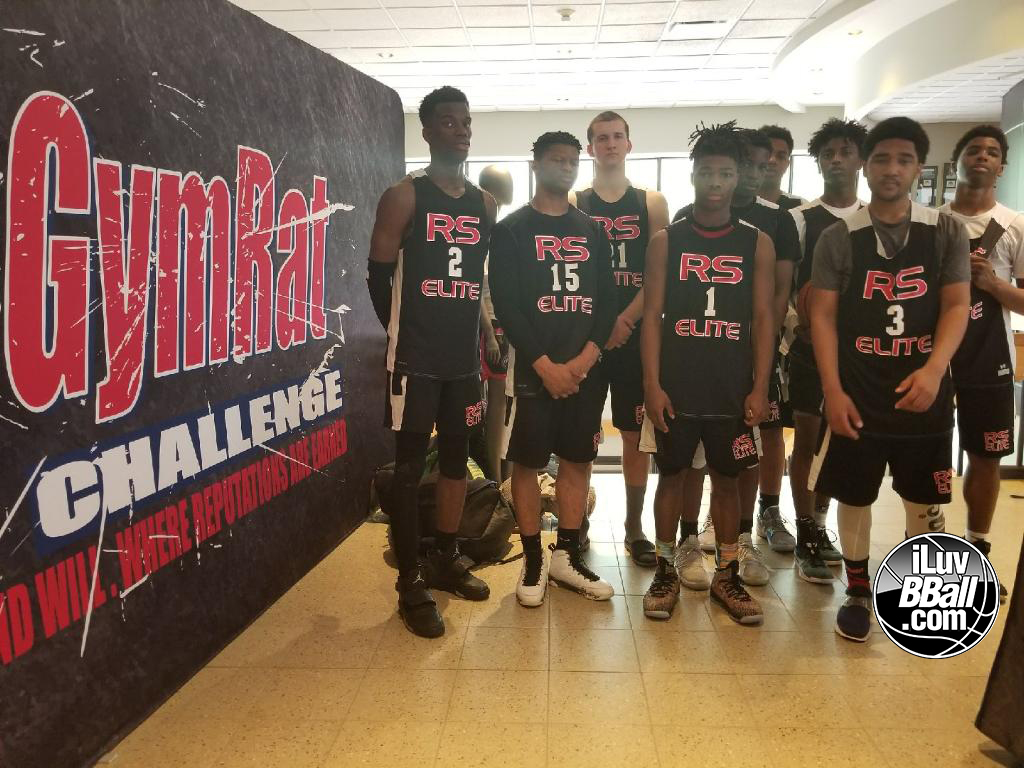 Last year was the first year for the Mandy’s Classic All-Star game and it was a doozy! Well don’t miss out on this year’s event. The date is Saturday June 16 and it’s featuring some the region’s hottest ballers vs. Long Island’s Finest… both girls and boys!

Here are some pictures from last years event… 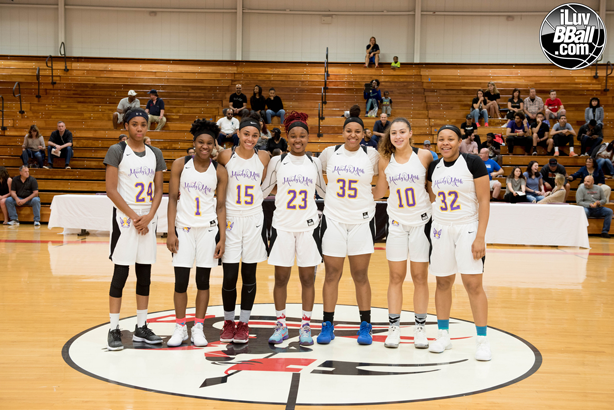 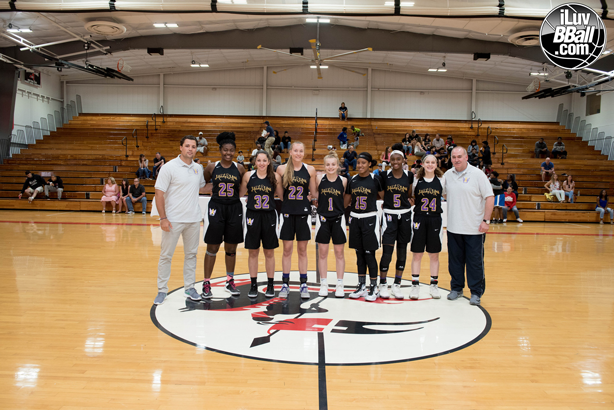 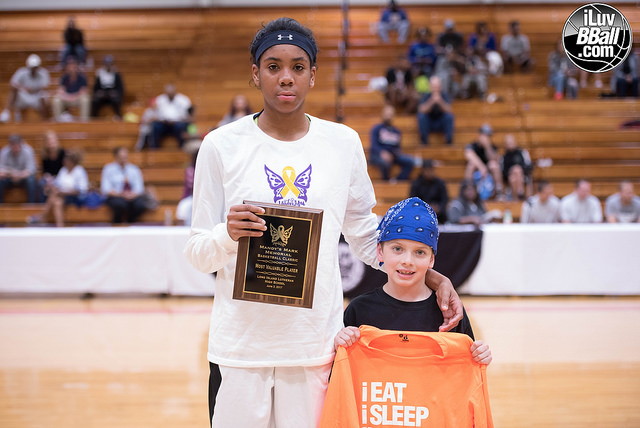 Below are the Boys Long Island and Regional All-Stars from Last years inaugural game. 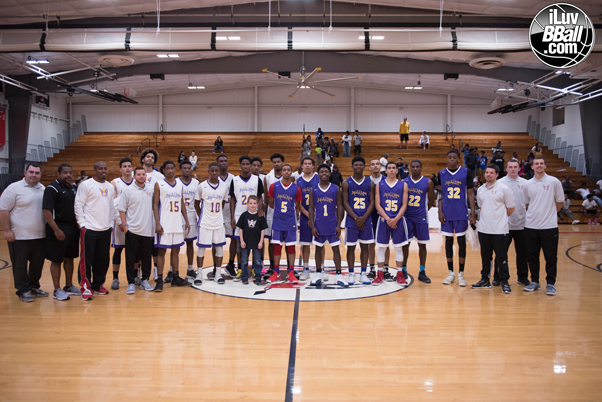 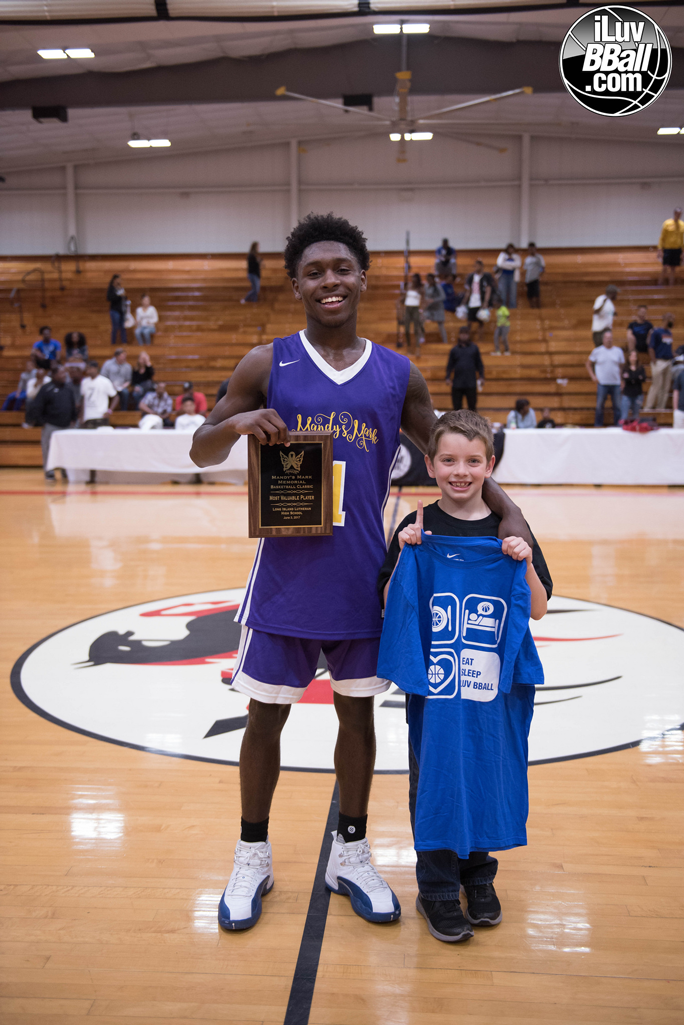 and Tom  Kuck in photo below 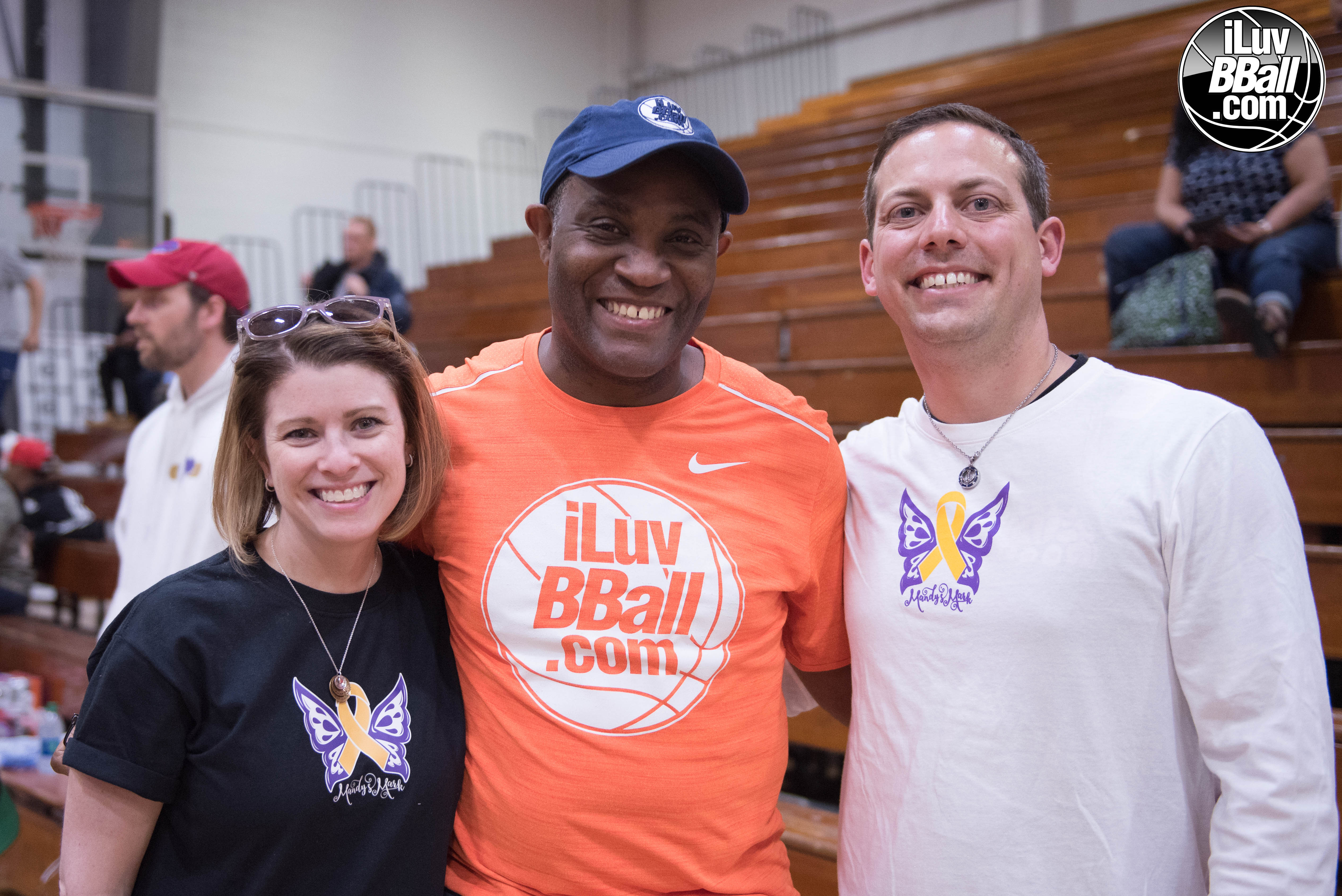 The rosters are set!  3 games, 60 players, over 30 college commits, many underclassmen with D1 talent! #MandysMark 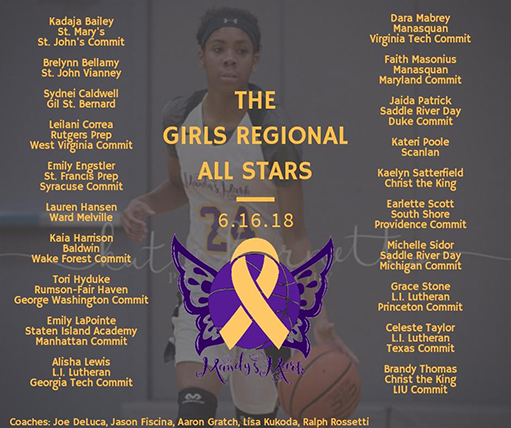 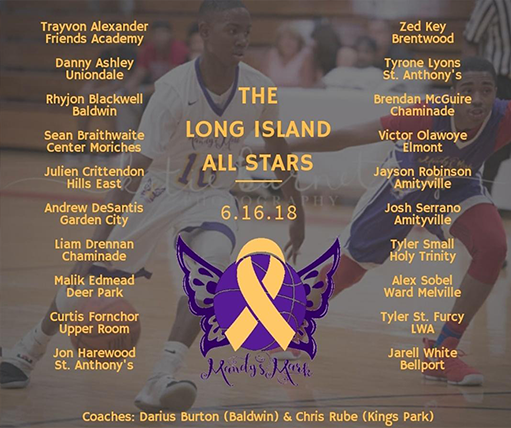 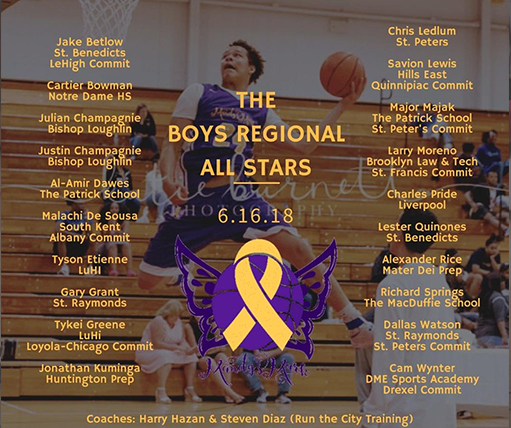 Amanda Kuck, daughter of LuHi’s Tom and Kim Kuck, a beautiful, sparkling little four-year-old passed away a little over two years ago. Amanda, most often referred to as “Mandy,” was diagnosed with DIPG on 6/6/15. Unfortunately, only four days after her fifth birthday, Mandy was taken from this earth.

The Mandy’s Mark All-Star Classic is a three-game event that will take place at Long Island Lutheran High School featuring top high school basketball talent from the tri-state area. The games will be played on June 16; girls will play at 1 PM, followed by a boy’s Regional Game at 3 PM and the day will be concluded with a boy’s Long Island Game at 5 PM.

These all-star games were designed to raise awareness of DIPG, raise money for DIPG research, and celebrate the life of a special little girl. We hope to see you at the event to honor Mandy and if you’re unable to make the event, we hope you donate below to help prevent this awful disease.
All proceeds will go towards The Cure Starts Now Foundation. DIPG is an aggressive pediatric brain tumor. Approximately 200-400 children in the US are diagnosed with DIPG each year.  Medical discoveries throughout the last few years have increased survival rates for children diagnosed with cancer.  However, those discoveries have done nothing for DIPG.  There is currently no effective cure and no chance of survival for children diagnosed with this cancer. Only 10% of children with DIPG survive for two years after their diagnosis, and less than 1% survive for five years. You can visit their website to learn more about the foundation at NEWYORK.THECURESTARTSNOW.ORG
Together, we can take a step towards finding a cure for this awful disease.  We hope to have your support.

The first in a series of exciting events that we are promoting this year! As an Official Media Partner of the Hoop Fest we are proud looking forward to seeing you and your family at this fun filled and very competitive tournament! 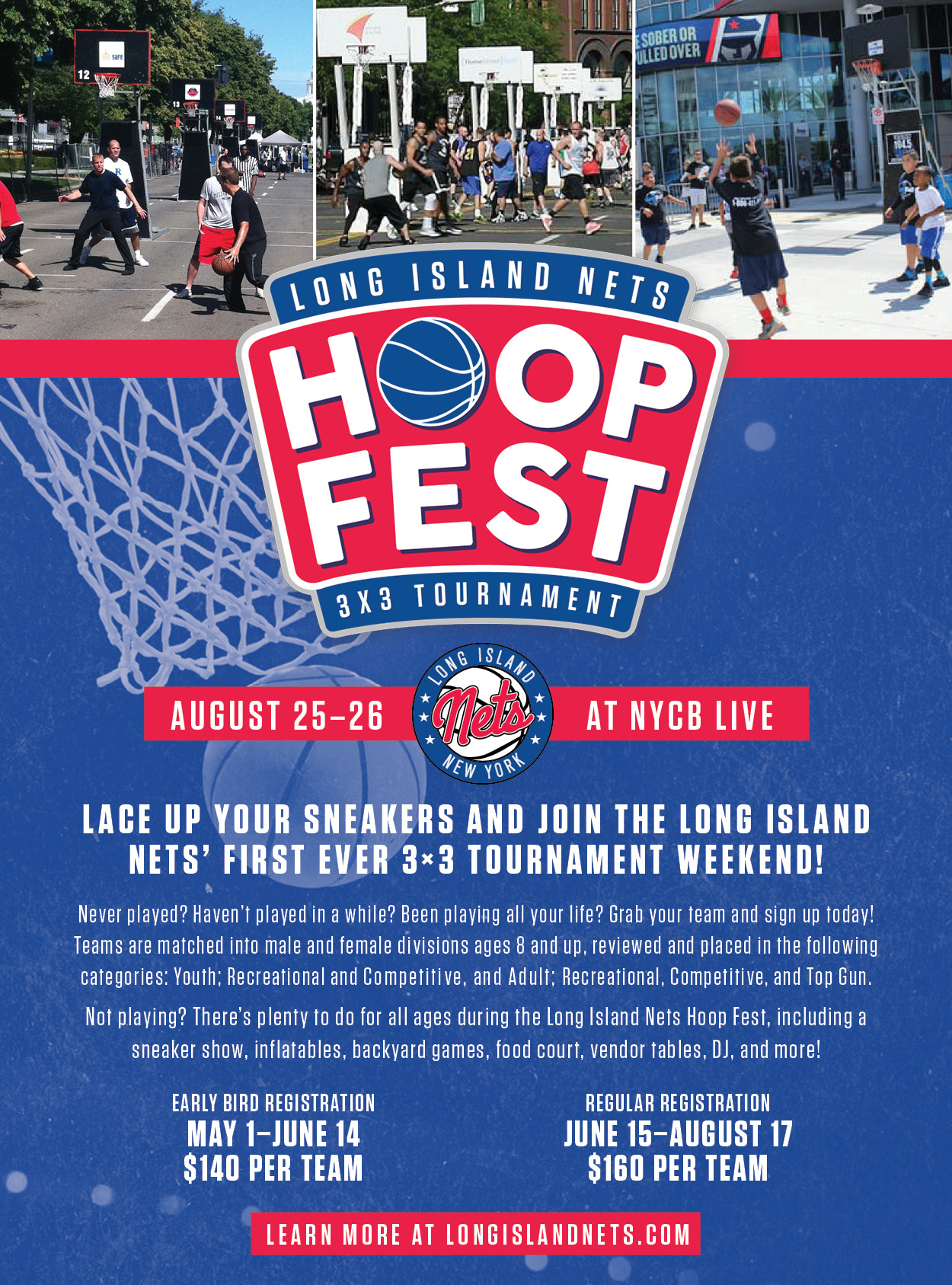 Get in on the Early Bird Registration Open Now through June 14, 2018 for $140.00 per team. *early bird registrants are also entered to win a 2-night stay at the Homewood Suites in Carle Place for Hoop Fest Weekend. 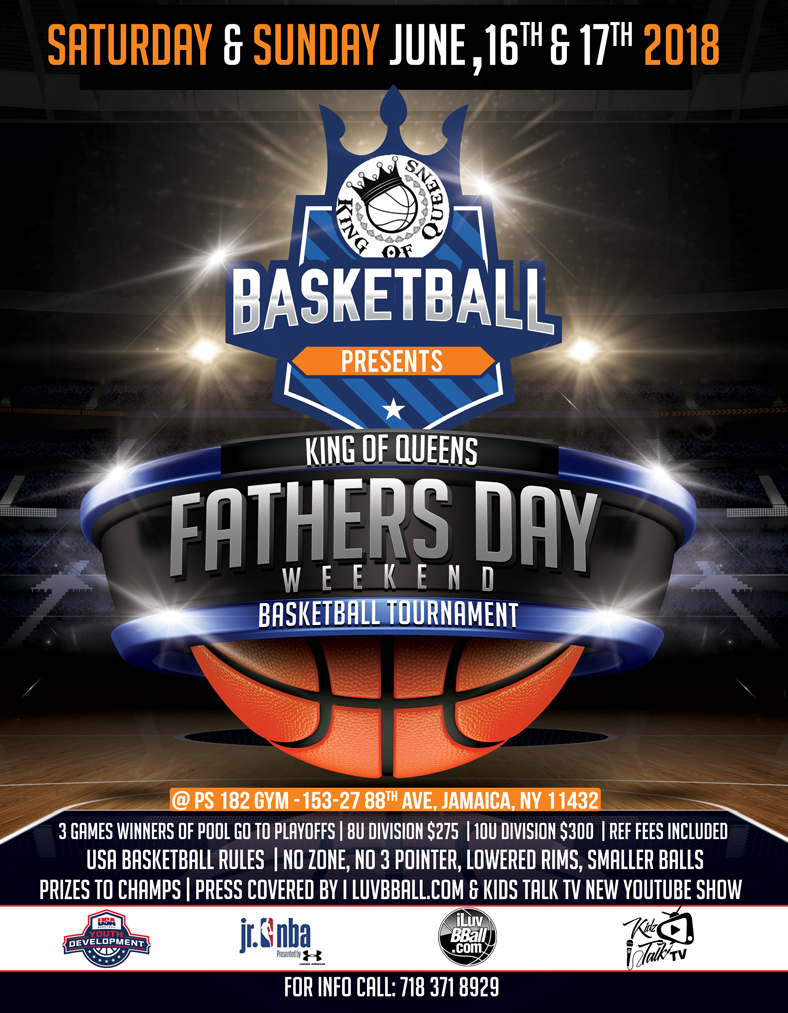 (Around the corner from Hillside Ave and Parsons blvd)

Don’t forget to tell ’em who sent ya!! 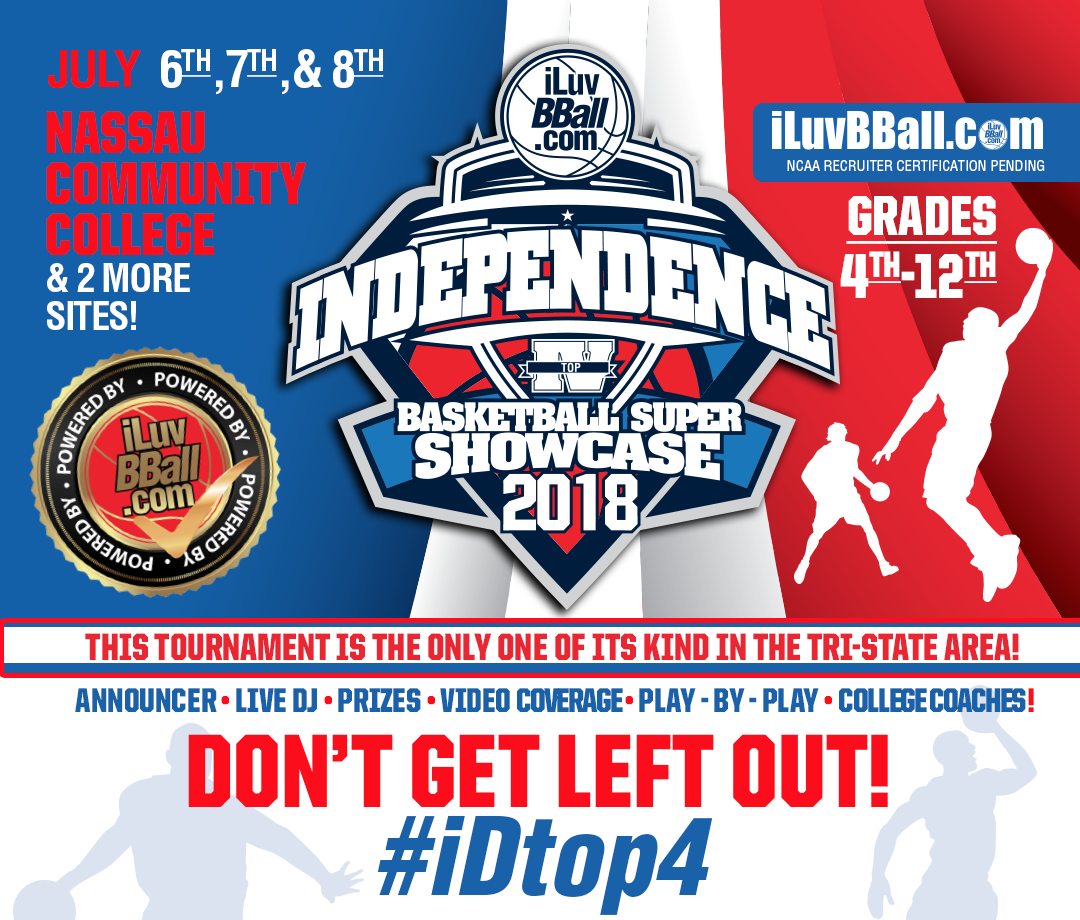 That’s right, it’s the return of the most exciting basketball tournament in the Tri-state area featuring some of the hottest teams!

This event is where names are made! Players compete in a 3 game minimum showcase tournament featuring some of the top teams in the area.

All of the local D2 and D3 colleges are invited, and many are in attendance. We started this event 3 years ago with only 8 teams, and it has doubled almost every year since its inception! Unlike other basketball events in the past, we are not trying to get every single team in the tournament nor are we hosting it in satellite locations miles away from the home venue. Our philosophy is “Quality over Quantity.“

We have many features that cater to the players and the attendees, such as the following:

All this combined creates the ambience and exciting game environment that you’ve come to expect from an iLuvBBall experience!

We plan on only growing the event to a max of 100 teams (and capping it at that number), making it manageable and maintaining the integrity of the event while giving our players and programs the MAXIMUM EXPOSURE that you’ve come to expect from iLuvBBall.com.

What we do best at iLuvBBall.com is promotion! Not only do we provide a platform for the players and programs to be seen with our events, but we also have live game announcers, professional hype men, social media coverage, website coverage, player profiles on our site, and game/highlight taping & production!

As a parent and a coach, I’ve always said “You don’t have to travel far to get your butt kicked.” This event is $375 for 3 games guaranteed and more if you advance (ALL REFEREE FEES INCLUDED). We’ve featured some of the Tri-state’s best talent at our past events, so you don’t have look far for competition. The event is conveniently played at beautiful multi-court facilities with concessions available for purchase. If you’re from out of town and want to attend, we’ve made it easy for you by partnering with nearby hotels that have convenient public transportation available. Once at the event, we offer raffles, sponsored prizes, admission fee buy-backs, and even cash prizes for our coaches, players, and attendees!

Plus, there will be sponsored prizes and awards for the winning teams and an on-premise iLuvBBall Pop-Up Swag Shop!

*Now check out some of the past highlights!