In case you missed it. Amid the Carona19 pandemic, another Black life was snuffed by the people that we would think are here to protect us. This incident was the straw that broke the camels back. 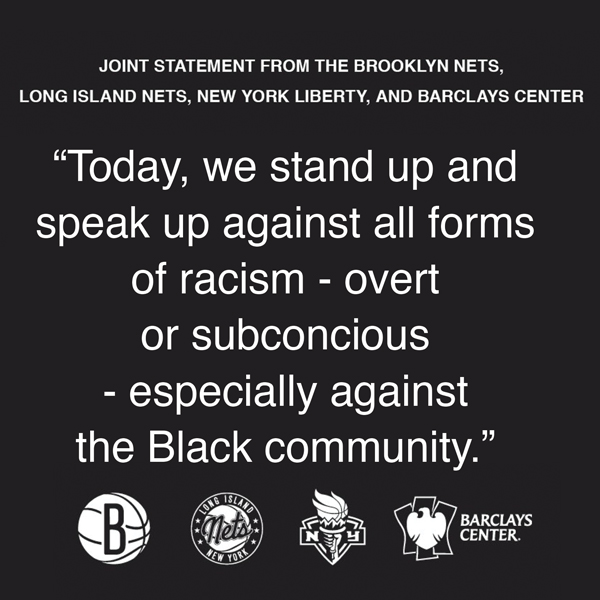 Since George Floyd, a 46-year-old black man died in Minneapolis on May 25 after having his neck knelt on by a white Minnesota cop for 9 minutes, even as he cried, “I can’t breathe.” Two other officers also appear to have knelt on his back during the horrific encounter, which was caught on videotape.

This event has gotten our country into an uproar. The United States reacted with widespread protests. Some peaceful, and others unfortunately in violence. In the wake of all the distress the Brooklyn Nets, Long Island Nets, NY Liberty, and the Barclays Center have issued a statement to their fans, employees, players, and community in response to the racist events. 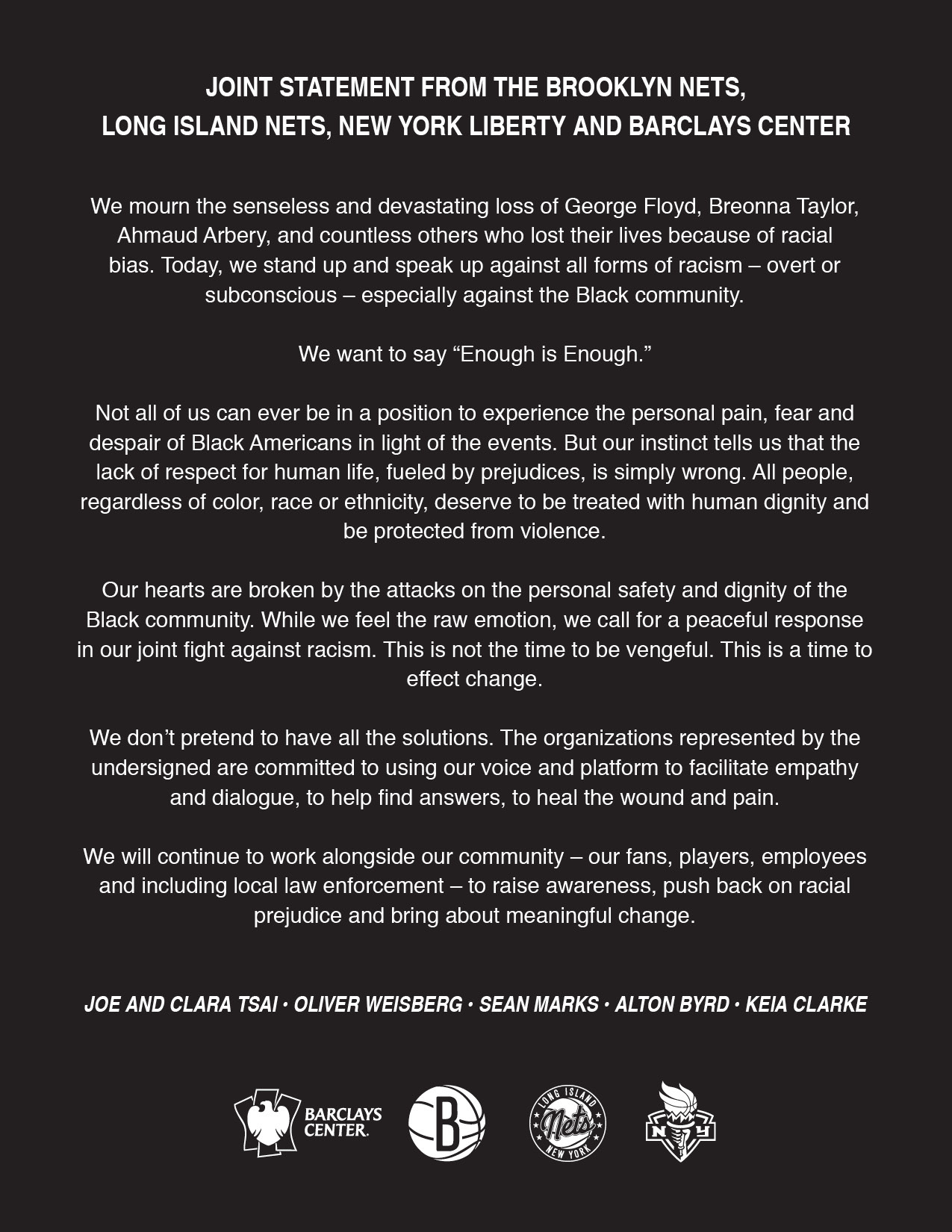 This is the video that started it all.